Melissa Lynn’s petition is directed at Kathleen Sebelius, Secretary of the U.S. Department of Health and Human Services. 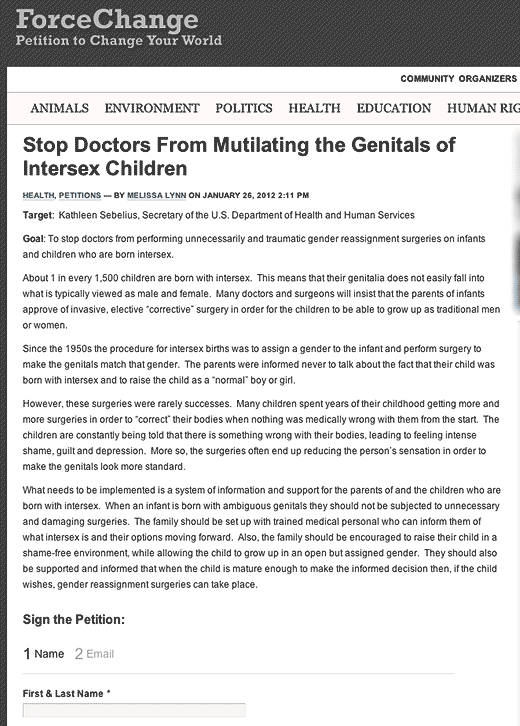 ForceChange: Stop Doctors From Mutilating the Genitals of Intersex Children click to go to this petition.

…these surgeries were rarely successes.  Many children spent years of their childhood getting more and more surgeries in order to “correct” their bodies when nothing was medically wrong with them from the start. The children are constantly being told that there is something wrong with their bodies, leading to feeling intense shame, guilt and depression. More so, the surgeries often end up reducing the person’s sensation in order to make the genitals look more standard.

Intersex genital mutilation is also known as nonconsensual cosmetic genital surgery and a myriad of other terms, but IGM is direct and to the point.