OII Chairperson Hida Viloria has written an article for The Global Herald declaring that recent statements by US Secretary of State Hillary Clinton against Female Genital Mutilation – FGM – do not go far enough and must also encompass the widespread cultural practice of intersex genital mutilation – IGM. 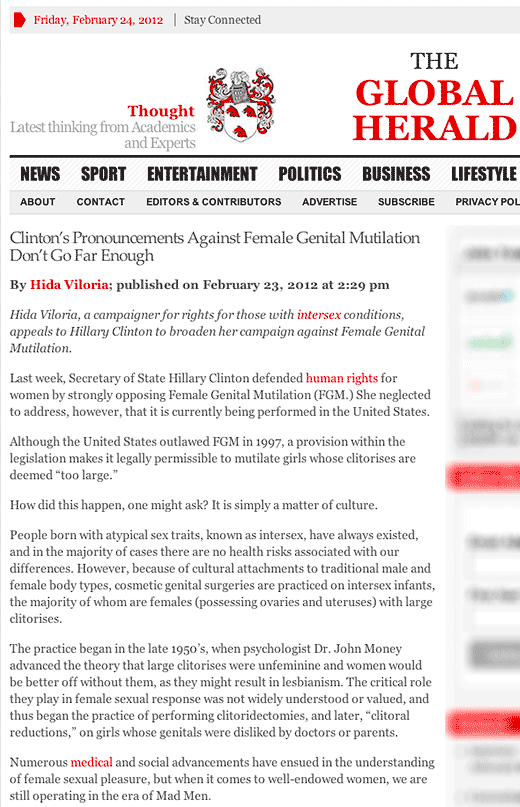 It is often parents’ or doctors’ homophobia which informs clitoral reduction surgery. For example, I interviewed a young woman for my undergraduate thesis whose doctors had strongly recommended “clitoral reduction” soon after her birth. Her parents, both New York attorneys, insisted on being told the real reason for the recommendation, as they could see no medical necessity or benefits. The doctors finally conceded that it was “in order to ensure that she would grow up to have a normal heterosexual sex life.” …

Protection can only be attained by acknowledging that, as with FGM, culturally-based discrimination is at the heart of non-medically necessary intersex infant genital surgeries, and similarly outlawing them as the human rights abuse that they are.