IN a worthy move on behalf of our LGBT allies within the LGBTI community, United States Department of Housing and Urban Development’s Secretary Shaun Donovan has announced a new HUD rule, Equal Access to Housing in HUD Programs – Regardless of Sexual Orientation or Gender Identity. The rule does not include intersex. 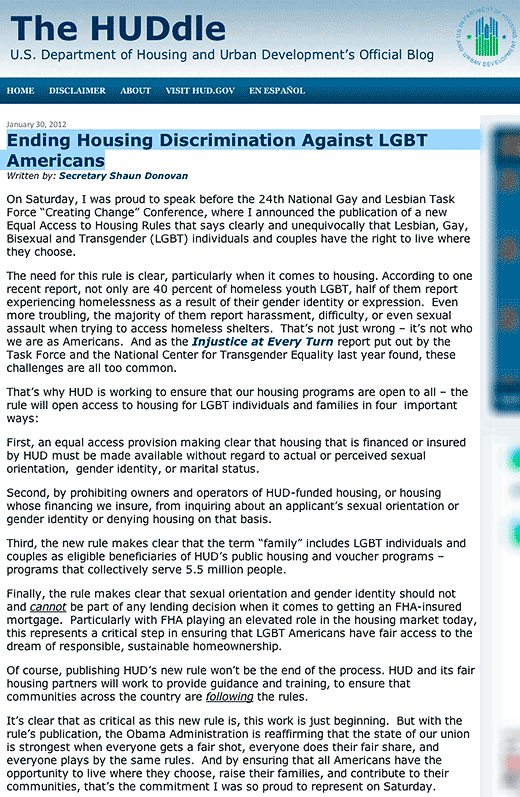 The HUDdle: Ending Housing Discrimination Against LGBT Americans - click to go to this article.

Sorry, but nothing matched your search criteria. Please try again with some different keywords.

We sincerely hope that Secretary Donovan and the HUD will begin to work on behalf of this much neglected, heavily discriminated-against section of US society, many of whom live in impoverishment and deprivation. We look forward to the amendment to this new rule on behalf of intersex people so that it is for all of LGBTI, and the expansion of its title to Equal Access to Housing in HUD Programs – Regardless of Sex, Sexual Orientation or Gender Identity.

Download the Equal Access to Housing in HUD Programs – Regardless of Sexual Orientation or Gender Identity final rule PDF: