THE videos of the morning sessions from the White House LGBT Health Conference in Philadelphia on Thursday February 16 2012 are now online and available for viewing at any time. Dana Zzyym, an intersex activist and OII United States member attended the conference and asked a set of questions only to receive a brief and puzzling, troubling answer.

The White House: On the Road in Philadelphia: Focus on LGBT Health - click to go to this web page. 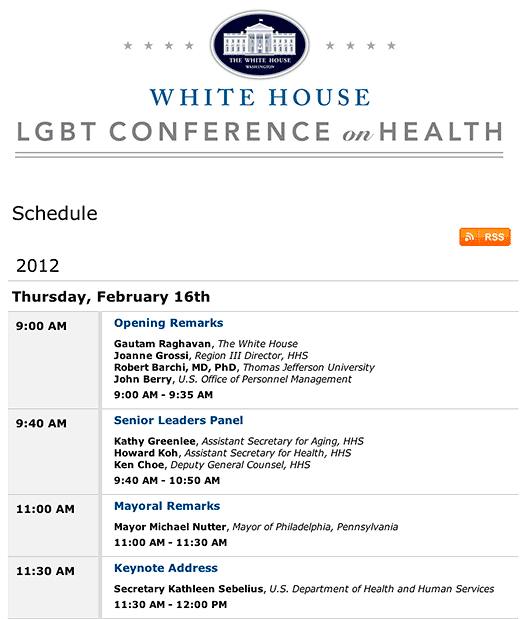 Ms Greenlees spoke about the HHS LGBT Working Group followed by Mr Koh and Mr Choe. During question time, Dana’s question was only answered by HHS Deputy General Counsel Ken Choe, who spoke about “gender transgressiveness” and “notions of gender”, two topics of no direct applicability to intersex. Intersex is a range of biological variations in sex, and although all people have a gender or no gender at all, intersex itself is most certainly not a question of gender, gender identity or “gender transgressiveness”. 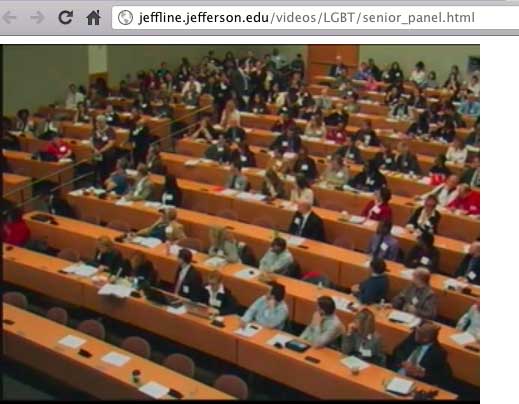 To watch Dana asking her questions and receiving Mr Choe’s disturbing answer, go to about the 54:50 mark in the video. We are puzzled by the answer our member received. Are they a sign that at least one, possibly all three of these Health Department senior leaders, may not know what intersex is and what intersex people’s health needs are?

HealthyPeople.gov: null result for search using the term intersex - click to go to this web page.

It also goes some way to explain why the health needs of intersex Americans have so far been ignored by the Department of Health and Human Services and the Obama Administration. Further evidence is in the HHS website and that of President Obama’s much-vaunted Healthy People program for the disadvantaged of the United States.

Intersex people remain one of the most disadvantaged groups of people on the planet, without equality, human rights or fundamental client-centred healthcare, subjected to medical experimentation and intersex genital mutilation (IGM), often impoverished and with poor life expectations.