DESPITE its intersex-excluding LGBT acronym, the Iris Prize for short films is also open to intersex filmmakers and is valued at £25,000. May we suggest to the Prize organizers that they signal their apparent intersex inclusion loud and clear by using the intersex-inclusive LGBTI acronym? You know it makes sense and it will help attract more intersex filmmakers too. 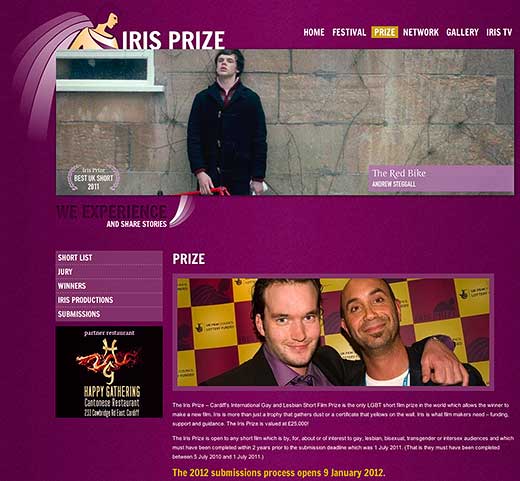 The Iris Prize – Cardiff’s International Gay and Lesbian Short Film Prize is the only LGBT short film prize in the world which allows the winner to make a new film, states the website – click to go there.